FFP vs SFP – Which is Better?

In today’s ballistic minute we’re going to talk about the difference between the second focal plane and first focal plane scopes.

Every day, hunters are faced with more and more choices when it comes to gear selection. When it comes to selecting the right gear for your hunting or shooting adventure, there is so much to put into consideration.

When picking out the best scope for your rifle, one of the most common questions to arise is whether you want a scope with the reticle etched on the first focal plane sometimes referred to as front focal plane (FFP scopes) or on the second focal plane (SFP scopes)?

But the truth is it’s simply a matter of finding the right tool for the right job. Neither one is better than the other. They both have pros and cons based on the application of the system.

Understanding the difference between the two and their benefits can make all the difference when purchasing an optic. Many shooters look at first focal plane as strictly a tactical optic, while second focal plane is only for hunting.

Both FFP and SFP help in ensuring you get an equal opportunity of hitting your target and make an accurate shot. However, there is a slight difference between the two focal planes, and you will require to b extra keen while choosing. In this article, we’ll discuss the strengths and shortcomings of each plane to make it easy for you to choose, but  before we dive into the difference between FFP scopes and SFP scopes, let’s cover the basics of scopes as a whole.

For the professional target shooter or hunter, the preferred optic device would be a top-quality riflescope.

Riflescopes allow us to attach the scope directly to our gun. This helps us to optimize our viewing capabilities, especially at long distances, all while keeping our hands open and available to operate our gun.

Riflescopes come in many different sizes, shapes, and qualities, so it’s essential to understand the differences available to us as no two riflescopes are the same and each outdoor activity requires specific equipment to get the job done.

There are many different types of riflescopes that are currently on the market. Some of the most common riflescopes include:

● Illuminated Reticles – They allow us to better see our scope’s crosshairs in lower lighting situations. They come in both high-end and budget-friendly options, so we have to take our time researching different models to see which will best suit our needs.

● Hash Reticle – These reticles are often preferred amongst hunters and long-distance shooters because they help create a more precise shot thanks to the ability to take into consideration the approximate range of your target.

● Bullet Drop Compensating (BDC) Reticles – BDC reticles take bullet trajectory into consideration. While this seems like a rather high-end option, reticles being manufactured today have some sort of BDC reticle integrated into them.

What is First Focal Plane?

First focal plane or FFP scopes have only been around for the last ten years and were introduced for long-distance shooting.

The FFP scopes are quite convenient for long-range shooting and are now gaining more popularity. Unlike the SFP, FFP zooms in on the target simultaneously with the magnification.

This is to say, if you are aiming at a target placed at 100 yards, you are guaranteed of shooting at the same spot even when the target moves to 500 yards and you maintain the same shooting position. Therefore, with this type of scope, the hunter has higher chances of making precise and accurate shots in a long range regardless of the conditions.

As you move the scope through its magnification range, the reticle grows and shrinks with it. In practice, this means that the reticle’s subtensions always remain accurate. Put simply, something measured at 1 MRAD at 4x is also 1 MRAD at 24X magnification.

Ultimately, this means that a given distance measured between two hash marks will stay the same no matter the magnification range, which allows for quick and accurate long-range shooting regardless of conditions.

As an added bonus, FFP scopes with BDC style reticles can also be used in conjunction with elevation turrets to maximize MOA adjustments in any given setup.

What is Second Focal Plane

The benefits of a second focal plane reticle are that you can have a finer and more precise reticle design that works at any magnification level. The drawbacks are that range estimation and holdover marks are only valid at a designated power setting, usually full magnification. You’ll have to remember to switch to full power before using the reticle for holdover and ranging.

This means you have to memorise or write down the compensation for a bullet’s trajectory for each magnification setting, which is tedious. however, the reticule does not enlarge and cover too much of what you are shooting at.

Example: Leupold’s Mark 5 HD 3.6-18×44 a second focal plane riflescope with a magnification range of 3.6-18x, has hash marks representing 1 MOA. This is only true at its full magnification, 18x.

This poses an added challenge to taking a shot when you factor in having to do a bit of mental math when using hold-over hash marks.

Pluses and Minuses in FFP and SFP

There’s nothing particularly complicated in the choice between FFP and SFP scopes, but there are some things to be aware of.

With FFP, your holdover spacing is right at one magnification – usually the longest range setting. That means if you only ever use your scope on that setting, there’s no difference between FFP and SFP and you can shoot to your heart’s content, ignoring the question.

But, while SFP reticles stay the same on every setting, FFP reticles look smaller the lower down the magnification scale you go and get heavier and thicker at high mag, which can actually make targets harder to hit.

In order to understand the difference between FFP and SFP, one must understand Minutes of Angle (MOA). A Minute of Angle is an angular measurement, equal to 1/60th of a degree.  1 MOA grouping on a target is 1.047 inch group at 100 yards.  1 MOA grouping grows as the distance you shoot, increases, 2 inches at 200 yards, 5 inches at 500 yards, 10 inches at 1000 yards etc.

For More information on MOA, here is a link to an excellent article by the National Shooting Sports Foundation. https://www.nssf.org/shooting/minute-angle-moa/

The benefit of an SFP scope is that the crosshairs or your reticle will always remain the same size. That means that it’s never going to obstruct your point of aim. It’s never going to get to the point where you can’t see your target  So, for example, if you have an SFP scope with a power range of 4-14, then the reticle on that scope appears as the same size when the power is set to 4 as it does when the magnification is maxed out at 14. Because there is a little more technology that goes into a first focal plane scope they do cost a little more.

FFP vs SFP For Hunting

With FFP reticles, you can track game that moves quickly and might shift their distance to you rapidly within the span of seconds. Measurement adjusting is easier due to the adaptation of the reticle.

FFP reticles are good for long-distance shooting because measuring MOA and other factors accurately is easier.

As the reticle is easier to see, using SFP reticles in low light or at low magnification is easier altogether for hunting. Nighttime or close-quarters shooting situations will benefit from an SFP scope with a reticle designed for fixed magnification.

SFP reticles are easier on the eyes in intense situations or when light conditions are poor.

SFP reticles allow for more precise aiming within their defined magnification level. These are great for fixed scopes or for medium-range rifles if you have a backup sidearm.

Why are FFP scopes more expensive than SFP models?

Although not all FFP scope models cost more than their SFP counterparts, most FFP scopes do tend to be priced more than a comparable SFP model.

FFP scopes cost more because the reticle has smaller features and costs more to manufacture. SFP reticles are located between the erector and the eyepiece.

Which rifle scope type is better for hunting, FFP or SFP?

For probably 85% of the general population, the traditional SFP scope is going to offer a better, less expensive scope for hunting.

If you are a long range shooter or long range hunter, then the FFP option might be worth looking into.

Which one is right for me?

In reality, it all comes down to preference and what style of hunting you’re finding yourself in more often. First focal plane riflescopes are advantageous when shooting long distance where quick follow-up shots using hold-over are more likely. They are disadvantageous when you find yourself in closer ranges in dark timer considering it’s very easy to lose the smaller and thinner reticle lines against dark backgrounds.

Second focal plane riflescopes are useful for visibility throughout all magnification ranges and when paired with a ballistics turret allow you to center punch regardless of the magnification.

Well, it all comes down to personal preference and, how you shoot. If you’re a traditional hunter, are shooting in amongst the trees, like a standard ‘Multi-X’ reticle, use dial-up or a guesstimation to allow for holdover, and aren’t shooting particularly long distances – then a standard SFP scope is probably for you.

If you’re shooting long ranges and are generally out in the open, like to use holdover marks etched on your reticle (whether in Mil or MOA), then an FFP scope is well worth considering. 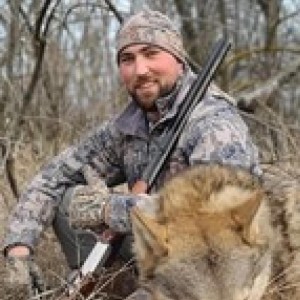 How to Choose a Rifle Scope